Capture One will launch its long-awaited iPad app on June 28. The company says it’s not meant to replace the desktop experience, but to function as its “best companion.”

The company originally launched its iPad app almost exactly a year ago and expected it to hit the market in “early 2022”. That date has clearly been pushed back, but Capture One has finally set a launch date and revealed more information on what to expect from this mobile offering.

The company also explained what photographers can expect from the app in a detailed blog post on his website. Capture One says it spoke with professional photographers about what they would like in an app experience throughout its development cycle and combined it with usage data to see which tools were considered “must-haves.” for mobility.

“With the iPad Capture One app, you can plug your camera directly into your iPad, import hundreds of photos, organize them, and do the culling,” the company explains. “See your images in all their glory on the iPad screen, quickly skim through them, and grade or color them. Filter your best ones and start editing using the styles or manual adjustments. »

Once the photographers have finished editing, Capture One envisions them showing footage directly on the iPad screen to team members or clients when they are on location together. The application will also be able to export JPEG files.

“If you want to fine-tune your footage even further when you get home, upload your album to the cloud, import it into Capture One Pro on the desktop, and continue working right where you left off,” Capture One adds.

The design and interface also deviate from what Capture One users might expect and the publishing company explains that its developers had to create a completely new interface for the best user experience on the mainly touch-based system. . 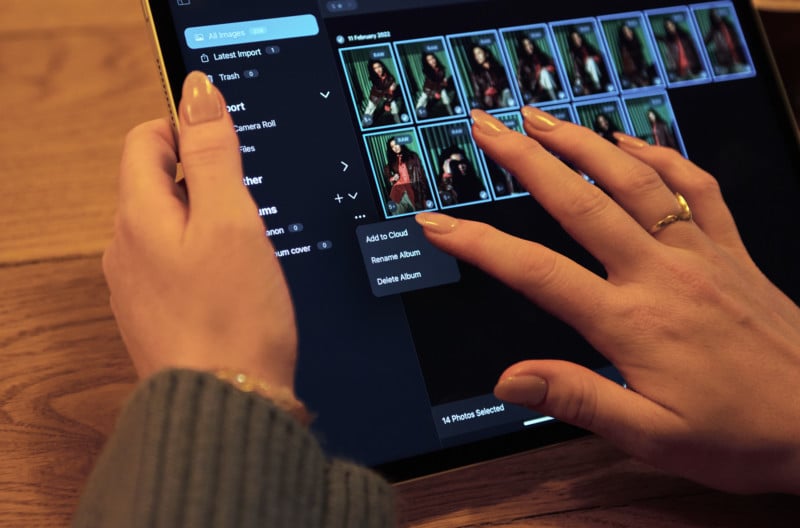 In an interview with PetaPixel Last year, Capture One CEO Rafael Orta explained:

“We recognize that the form factor of the iPad is different, so we were able to innovate around its appearance. doesn’t allow you to do everything you can do on Capture One for Mac and Windows, and we’ll be very careful about the tools and editing capabilities we bring to the tablet because of that.

The result is a user experience that supports hand gestures, long screen presses, and changes to the space occupied by objects on the screen.

One major note is that the iPad app won’t be as full-featured as the desktop experience, mainly because Capture One says it wanted to release something good, fast rather than something completely full-featured that would take years to implement. 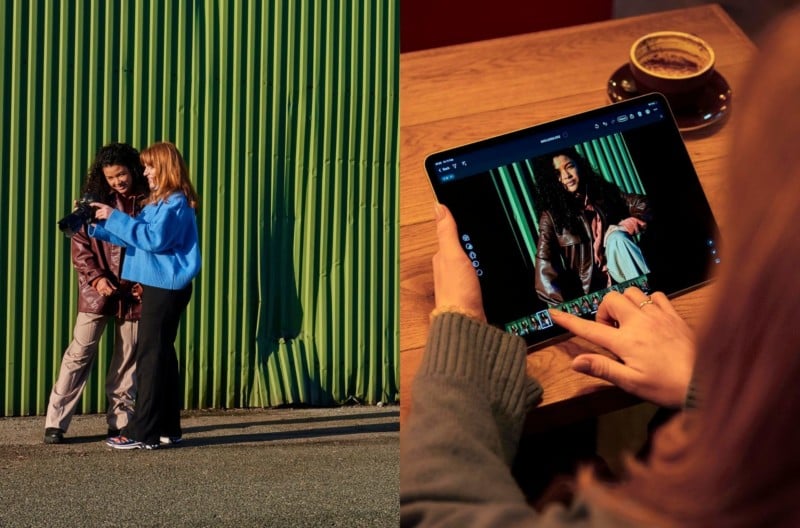 “We chose to launch the iPad app with a reduced set of features that we are confident in. The first version is not the final version, but it is a version that we are proud to share and that we believe , will bring a lot of value to our community of photographers,” the company explains.

“We’re happy with the features it will give you, and we’re proud of the app’s quality, reliability, and performance. It’s a great starting point for the future, and we’ve got tons of things in preparation for you.

At launch, the app will offer:

Capture One says the next features to be added will be tethered shooting, masks and layers, and cloud enhancements for file transfer and synchronization. That said, the company hasn’t provided any expected timelines for these additions.